An agreement was made between the Chaffey Brothers and the Government of the Colony regarding the development of the Sunraysia District. One clause stated that an Agricultural College would be built in Sunraysia with one of every fifteen irrigated blocks being set aside for the maintenance and endowment of that college.  These blocks were to be known as College Blocks. The Mildura West School was built on one of those College Blocks.

Mildura West School was officially opened by the Earl of Stradbroke on July 1st 1922. The first pupil registered was Victor Mansell.  165 pupils attended in this year. Grades ranged from preparatory to grade four.  Miss Aherne was Senior Mistress of the school and Mr O’Brien the Headmaster. Mr O’Brien was primarily Headmaster of Central School, but as the West School was an adjunct of the Central School Mr O’Brien supervised it as well.  Mr O’Brien, who was not a well man, went berserk, killed his wife with an axe and then tried to burn the Central School down.  He was later committed to Royal Park.

The first Committee Meeting was held on the 3rd of September 1923.  The members were: Messrs G C Wishart (Chairman), WJ Bowring (Correspondent), A Perry (Treasurer, A Johnson, C Rickards, W. Cooper and E Hutchinson.  The school bank account was opened. Electricity was connected to the school.

Water pipes were laid and garden established.  Wattle trees were planted.  A second hand piano was purchased from Suttons Ltd for £105 ($210). A shelter shed erected by GC Wishart at a cost of £160 ($320). Mr Hall was appointed Headmaster of the West School in place of Mr O’Brien.

Grades were extended to include Grade 5

The Shelter Shed was floored

An assembly bell was purchased and ten seats were erected in the grounds.  The garden path was bitumined by the Town Council, approximate cost £6 ($12).

£5 ($10) was spent levelling and rolling a basket ball court for the girls.

The school allowance was cut 50% of the Department as an economy measure.  The committee authorised the Head Teacher, Mr. Osborne, to purchase food or books at his discretion, for children of distressed families.

Telephone connected to the school.

A siren to replace the bell was installed.

A wireless receiver was purchased. Cyclone gates removed from Cyprus Avenue entrance and replaced with corrugated iron framed with oregon.

A rural school from Galah North was moved into the Mildura West School. Children occupied it the day it arrived. Mr HM Pascall was the head Teacher.

Departmental record cards put into use.  Concrete paths laid at the school by Mr Meek. Fathers cleared the 2½ acres of land purchased from Mrs Barnes adjoining the school in 1945.  This now the football oval. On 14th August 1946 the Minister of Education visited the school and the following points were brought to his notice:

A new Infant Room was necessary Sewerage of the school Fencing of the new school ground Need for a Headmaster’s residence The appointment of a caretaker.

The following equipment was provided by the Mothers Club:

A house was purchased for £2,950 ($5,900) for the Head Teacher Mr Wilkinson in Desroy Avenue Mildura.  Two Bristol Units erected.

Queen’s visit. School children were marched to Henderson Park to take part in the welcome to her

The school was connected to the Mildura City Sewerage System.

Official opening of the new Children's Learning Centre. A learning hub of the school housinig the library and teacher resources room.

March 1st saw work start on a new synthetic basketball court and running track. Completion of this being Friday 11th March, when a small opening ceremony was held.

October 3rd saw the opening of our refurbished Grade 6 building, with the internal walls having been taken out to open the area up for an open plan learning space. 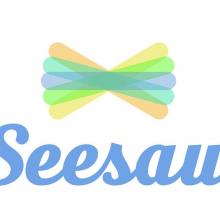 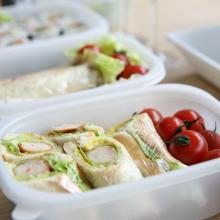 I like being a RREP leader and setting up fun things for the little kids to play with.

Being able to see my friends.